In the small village of Ashcroft with a population of about 1600 sits British Columbia’s largest inland terminal that is responsible for importing and exporting goods and natural resources to and from the BC interior to the United States and around the world. This massive 320 acre terminal has both CP and CN railways lines passing through and access to  major highways into the province. Kleo Landucci joins us to talk about the history, current news, and the future of Ashcroft Terminal. She also gives her outlook on developing long term partnerships and maintaining them.

The History of Ashcroft Terminal

Kleo’s father Robert Landucci founded the terminal in 1997 from a “land for sale” flyer that came across his desk. In the flyer’s featured image he noticed the rail line and it sparked enough interest to make a trip out to the small town. As with many visionaries (which Kleo points out he would hate to be called) he saw what most people miss and realized he was looking a two class 1 mainlines and that this land was at the center of exporting goods via railway through BC. He purchased the land and began building what now has stored, transloaded, and repaired thousands of train cars.

Ashcroft Terminal serves all major industries in BC including agriculture, mining, and of course forestry (it should be noted BC is the world’s largest supplier of softwood lumber). They enable efficient import and export of lumber, mining products, oil and gas, steel and recycling, and liquids all on 8.7 km of rail track in a semiarid climate and geography that allows storage and transloading outside of a congested lower mainland. 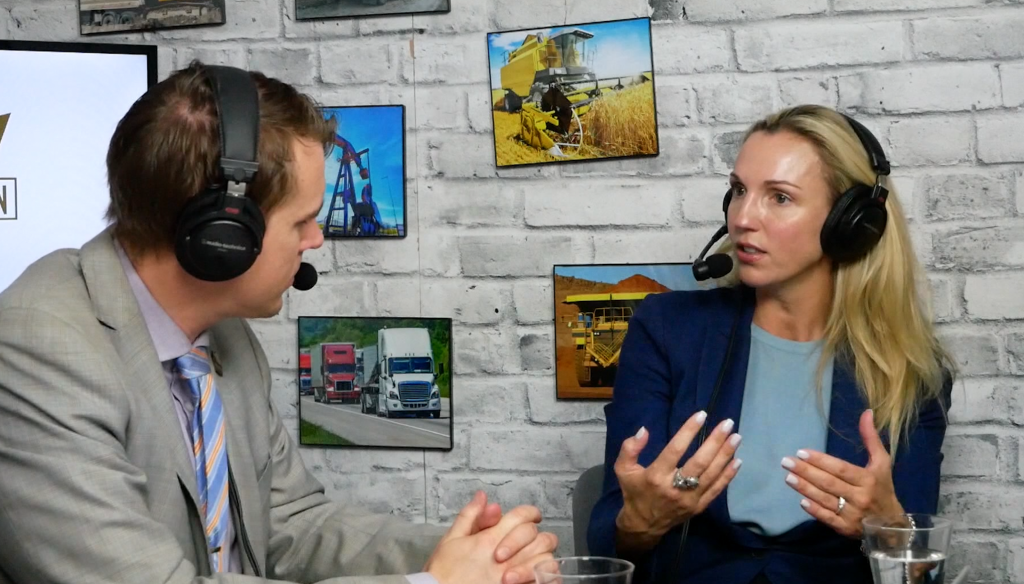 As part of the Asia Pacific Gateway and Corridor Initiative, the Canadian Federal Government began investing in better infrastructure to allow for more efficient Canadian export to the Asian market. In 2018 it was announced that a major investment of $9.2 million to contribute to the $28 million dollar upgrade to the Ashcroft Terminal to help local businesses compete by moving local goods to market and by making improvements to terminal infrastructure. Kleo outlines both the current infrastructure being built and the long term vision to eliminate more bottlenecks in BC’s transportation system and accommodate a wider range of needs for their customers.

In 2018 Singapore-based PSA International finalized a deal to acquire 60% of Ashcroft Terminal’s business in Western Canada. Kleo explains how becoming part of the PSA group brings a whole new wealth of knowledge, processes, and culture to Ashcroft Terminal. PSA is a terminal giant with over 40 terminals in 16 countries across Asia, Europe, and the Americas. This is PSA’s first acquisition in Canada and they continue to work closely with Kleo and Robert as the terminal expands. Kleo is currently Chief Commercial & Corporate Affairs Officer and her father Robert serves on the board of directors.

From an empty lot of land to being owned by one of the world’s major players in the transportation industry, it was important to ask Kleo about developing partnerships. During the show she walks us through how they came into contact with PSA and how they were able to navigate from the “first date” through to the “wedding” and now building on the “marriage”. She talks about bringing value to your partnerships and building from there and showcases how a unique product like Ashcroft Terminal combined with the power of PSA International aligned with the long term goal.

Many entrepreneurs and business owners would give anything to have the only location in an entire province where two major railway lines meet, most would love to partner with the global leaders of their industry, they would love to have a government invest millions in their project… but all that Ashcroft Terminal has accomplished didn’t happen overnight. It took vision, commitment, a willingness to work with your partners, and a desire to always learn and grow. Luck is a lottery ticket, success is a vision combined with the guts to make it a reality. A bonus is the ability to pass that spirit onto your children as it is clear that Robert has to Kleo.